War of the Roses

The Wars of the Roses, known at the time and for more than a century after as the Civil Wars, were a series of civil wars fought over control of the English throne in the mid-to-late fifteenth century, fought between supporters of two rival cadet branches of the royal House of Plantagenet: Lancaster and York. Wikipedia

Online Sources: Wars of the Roses

Book Sources: Wars of the Roses

The War of the Roses: Greatest Hits 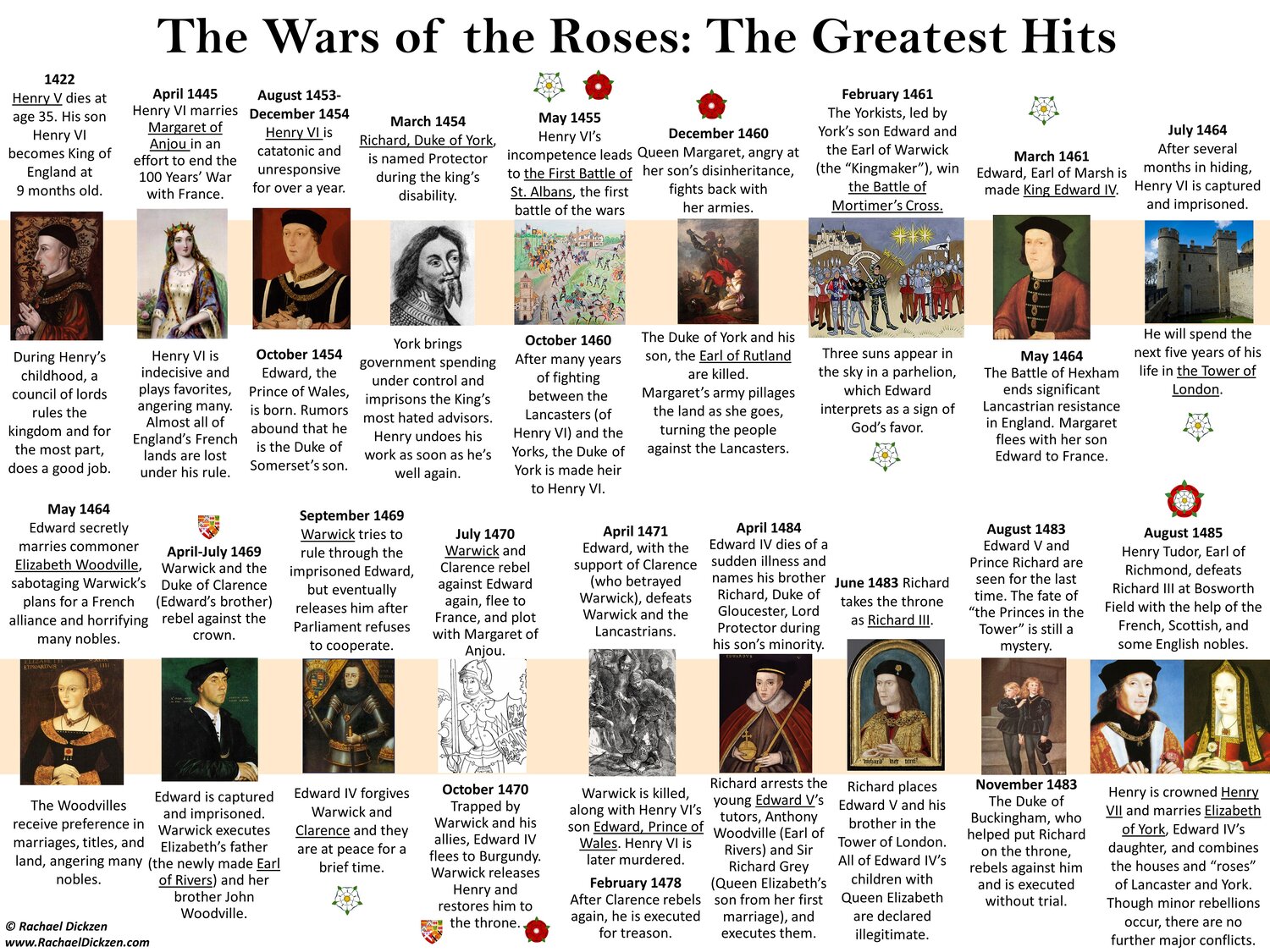