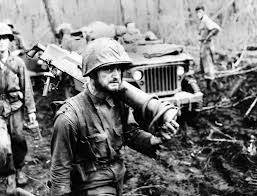 The European theatre of World War II was the main theatre of combat during World War II. It saw heavy fighting across Europe for almost six years, starting with Germany's invasion of Poland on 1 September 1939 and ending with the Western Allies conquering most of Western Europe, the Soviet Union conquering most of Eastern Europe, and Germany's unconditional surrender on 8 May 1945 (9 May in the Soviet Union) but fighting still occurred on the Eastern Front until 11 May 1945 with the surrender of Nazi Germany’s Armed forces elsewhere in occupied Europe. The Allied powers fought the Axis powers on two major fronts (the Eastern Front and Western Front) as well as in a strategic bombing offensive and in the adjoining Mediterranean and Middle East theatre. The Axis and Allies would also wage war on the high seas of the Atlantic and the hot sands of North Africa. Wikipedia