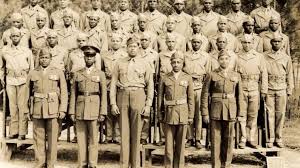 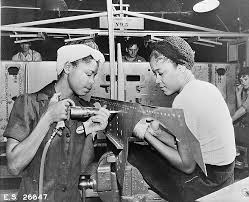 The Pittsburgh Courier was one of the most influential African American newspapers of WW II and the source of what came to be called the Double V Campaign. A letter to the editor of the paper in 1941 asked why a “half American” should sacrifice his life in the war and suggested that Blacks should seek a double victory. “The first V for a victory over our enemies from without, the second V for a victory over our enemies from within.” The idea would become a national cause, and eventually extend into a call for action in the factories and services that supported the war effort.

Despite a high enlistment rate in the U.S. Army, African Americans were still not treated equally. At parades, church services, in transportation, and in canteens, the races were kept separate. A quota of only 48 nurses was set for African-American women, and the women were segregated from white nurses and white soldiers for much of the war. Eventually, more black nurses enlisted. They were assigned to care for black soldiers. Black nurses were integrated into everyday life with their white colleagues. Wikipedia 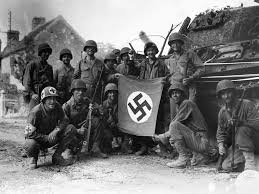 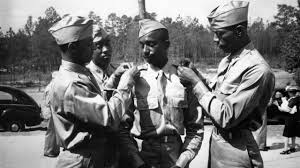