Russia in World War I

Russia entered World War I in the three days succeeding July 28, 1914—beginning with Austria-Hungary's declaration of war against Serbia, a Russian ally. Via St Petersburg, the Russian Empire sent an ultimatum to Vienna, warning Austria-Hungary not to attack Serbia. Following the invasion of Serbia, Russia began to mobilize its very large reserve army. Consequently, on July 31, the German Empire in Berlin demanded Russian demobilization. There was no response; hence, on the same day, Germany declared war on Russia. In accordance with its war plan, Germany ignored Russia and moved first against France by declaring war on August 3, and by sending its main armies through Belgium to surround Paris. The threat to Belgium caused Britain to declare war on Germany on August 4. Germany declared war on Russia on August 1, 1914. The main belligerents had been established. The Ottoman Empire soon joined the Central Powers and fought Russia along their border. Wikipedia

Russia entered the first world war with the largest army in the world, standing at 1,400,000 soldiers; when fully mobilized the Russian army expanded to over 5,000,000 soldiers (though at the outset of the war Russia could not arm all its soldiers, having a supply of 4.6 million rifles). Defeat: The losses Russia suffered in the world war were catastrophic. Between 900,000 and 2,500,000 Russians were killed. At least 1,500,000 Russians and possibly up to more than 5 million Russians were wounded. Nearly 4,000,000 Russian soldiers were held as POWs (Britain, France, and Germany had 1.3 million POWs combined). Encyclopedia of Marxism - World War I 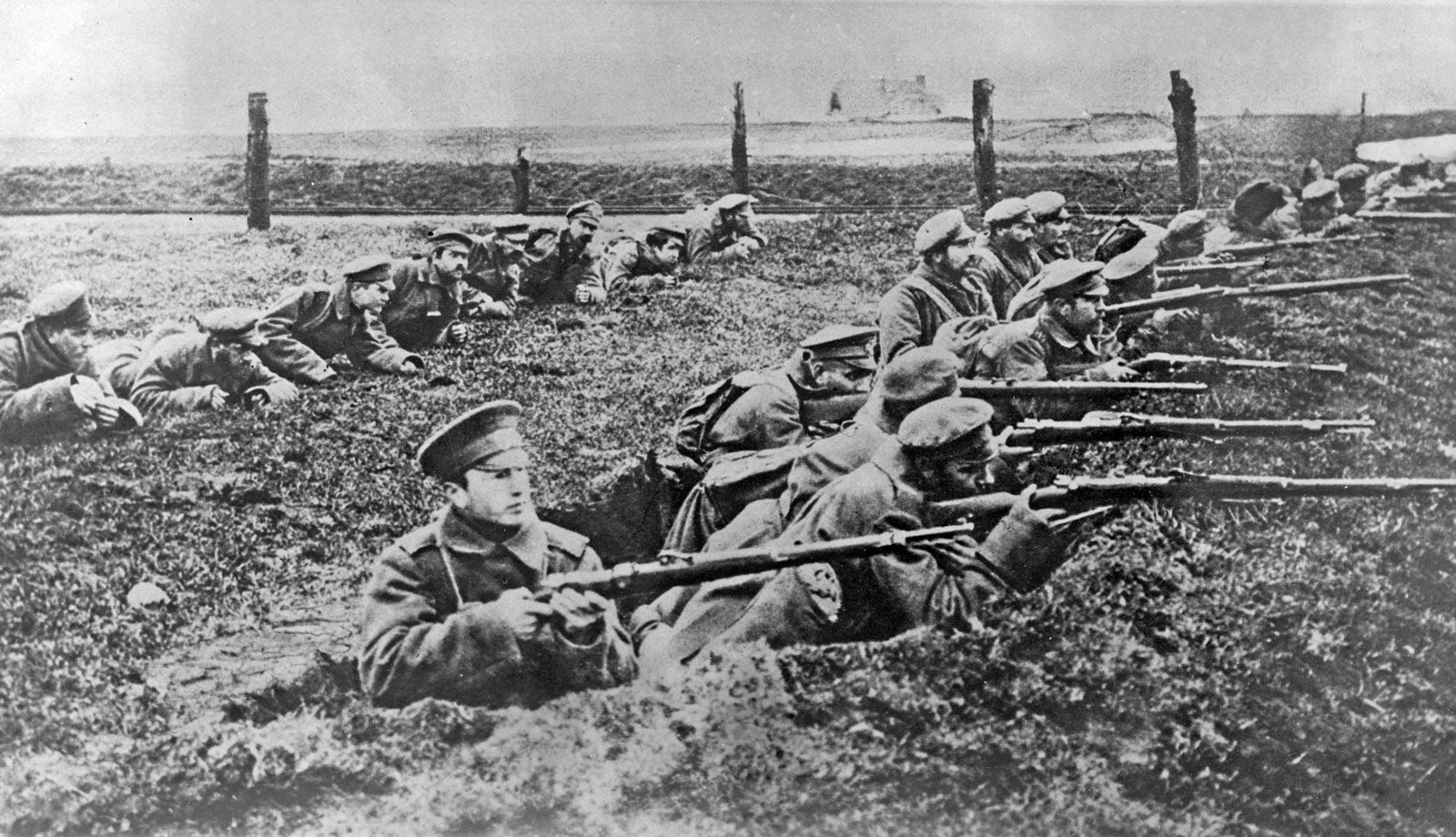