The United Kingdom was a leading Allied Power during the First World War from 1914–1918. They fought against the Central Powers, mainly Germany. The armed forces were greatly expanded and reorganized—the war marked the founding of the Royal Air Force. The highly controversial introduction, in January 1916, of conscription for the first time in British history followed the raising of one of the largest all-volunteer armies in history, known as Kitchener's Army, of more than 2,000,000 men.  The outbreak of war was a socially unifying event.[2] Enthusiasm was widespread in 1914 and was similar to that across Europe.

On the eve of the war, there was serious domestic unrest among the labor and suffrage movements and especially in Ireland. But those conflicts were postponed. Significant sacrifices were called for in the name of defeating the Empire's enemies and many of those who could not fight contributed to philanthropic and humanitarian causes. Fearing food shortages and labor shortfalls, the government passed legislation such as the Defence of the Realm Act 1914, to give it new powers. The war saw a move away from the idea of "business as usual" under Prime Minister H. H. Asquith, and towards a state of total war (complete state intervention in public affairs) by 1917 under the premiership of David Lloyd George; the first time this had been seen in Britain. The war also witnessed the first aerial bombardments of cities in Britain. Wikipedia 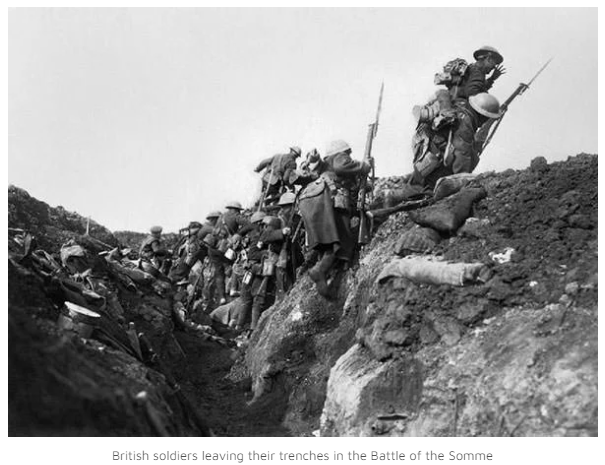 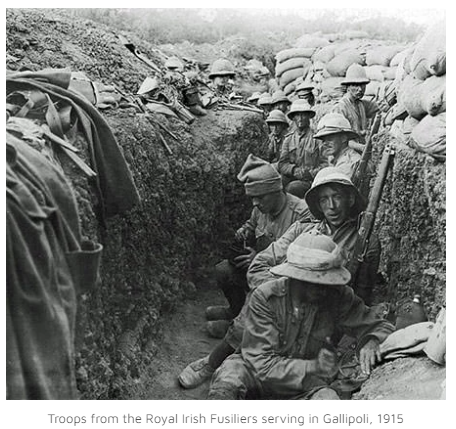 King George V and Queen Mary pay a visit to convalescent WWI soldiers at Bath in this Topical Budget newsreel.

Provided by the British Film Institute