France in World War I

In 1914, the war began in France with a series of catastrophic battles. The first month of the conflict had effects that lasted right up to the end of 1918 since the German advance resulted in the country being split into three: war-front France occupied France and behind-the-lines France. Plan XVII, which was meant to advance very quickly and break through the front along France’s eastern borders in Alsace and Lorraine, ended in defeat despite the taking of Mulhouse, which was quickly lost again. Only a small portion of Alsace, around the town of Thann, remained in French hands throughout the war. With the exception of the defensive battle of Grand Couronné, which staved off the capturing of Nancy, the other battles almost all ended in defeat. Overall, August and September 1914 were among the deadliest months of the war. Following the Battle of the Marne, after only six weeks of combat, the French had already lost about 100,000 men. On 22 August 1914 alone, 27,000 French soldiers were killed, making it the deadliest day in French military history. While the average number of French losses during the First World War was roughly 900 soldiers per day, this increased to about 2,400 deaths per day over this six-week period. Encyclopedia - 1914-1918 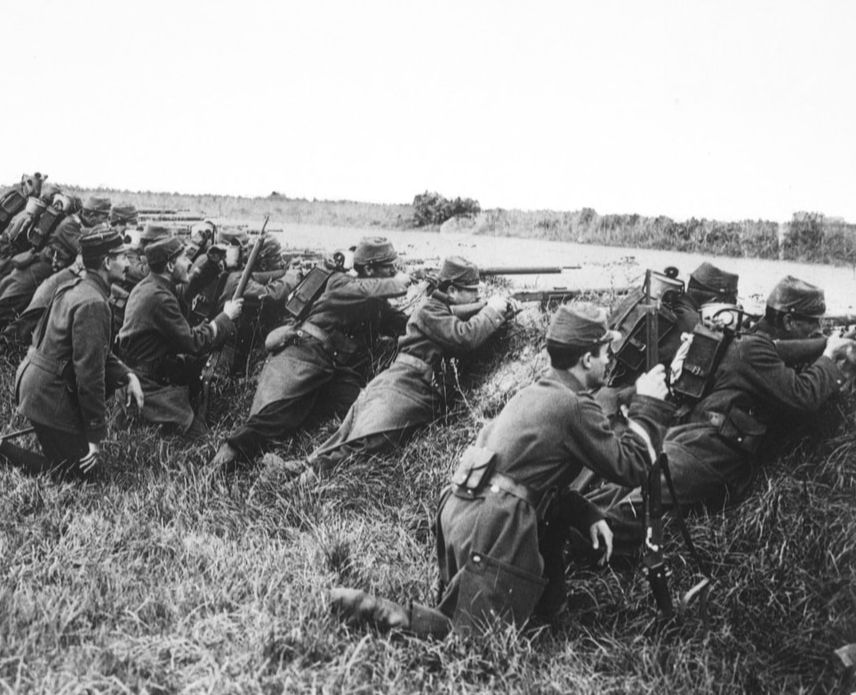