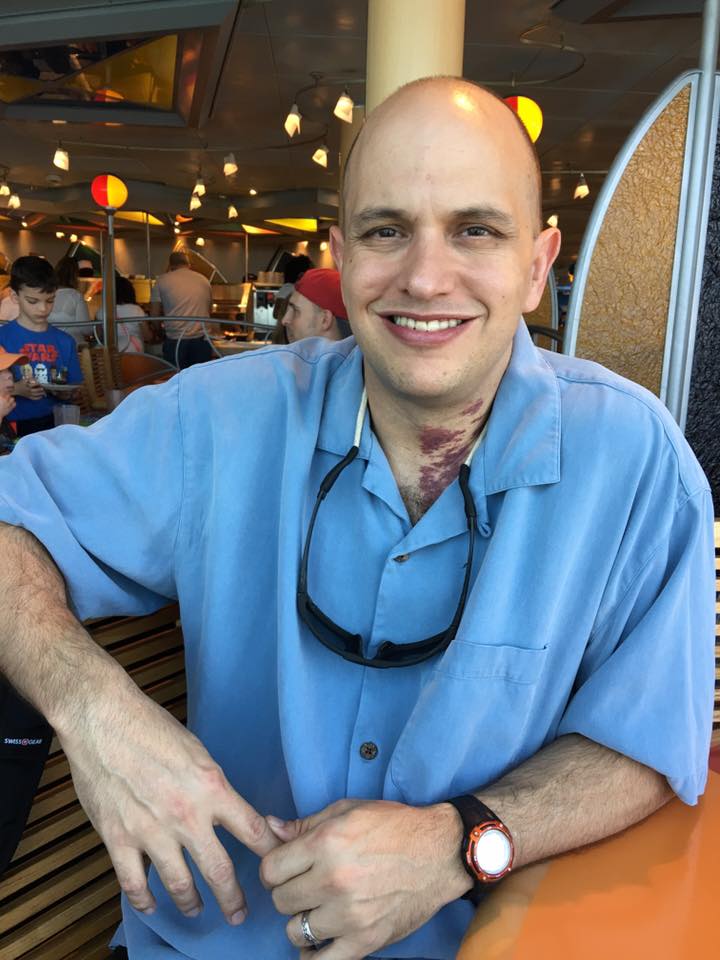 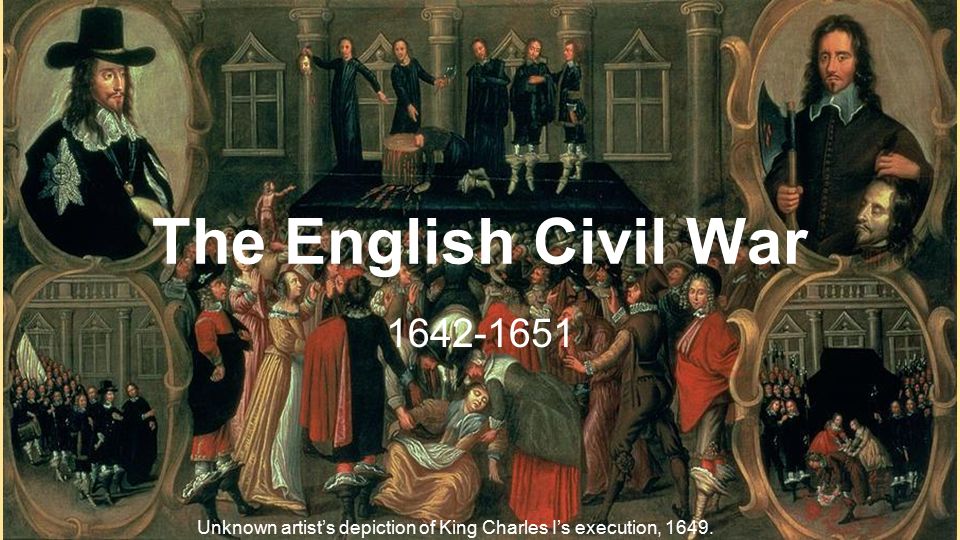 A c. 1649 painting showing the execution of Charles I of England (r. 1625-1649) in London on 30 January 1649. By Jan Weesop. (Scottish National Gallery, Edinburgh) from the World History Encyclopedia

"English Civil Wars, also called Great Rebellion, (1642–51), fighting that took place in the British Isles between supporters of the monarchy of Charles I (and his son and successor, Charles II) and opposing groups in each of Charles’s kingdoms, including Parliamentarians in England, Covenanters in Scotland, and Confederates in Ireland. The English Civil Wars are traditionally considered to have begun in England in August 1642, when Charles I raised an army against the wishes of Parliament, ostensibly to deal with a rebellion in Ireland. But the period of conflict actually began earlier in Scotland, with the Bishops’ Wars of 1639–40, and in Ireland, with the Ulster rebellion of 1641. Throughout the 1640s, the war between king and Parliament ravaged England, but it also struck all of the kingdoms held by the house of Stuart—and, in addition to war between the various British and Irish dominions, there was a civil war within each of the Stuart states. For this reason, the English Civil Wars might more properly be called the British Civil Wars or the Wars of the Three Kingdoms. The wars finally ended in 1651 with the flight of Charles II to France and, with him, the hopes of the British monarchy." Ohlmeyer, J. H.. "English Civil Wars." Encyclopedia Britannica

The purpose of this guide is to provide you the researcher the ability to do research on the subject area of the English Civil War. You will have the ability to search the library catalog and access our databases and journals all from within this course guide. This guide also provides you with a list of English Civil War Primary Source Websites, along with important information regarding library services and departments that may prove useful to you while you are doing research.

Don't forget to take advantage of the Graduate Study Lounge when you are in the library and like a little bit more quiet space.