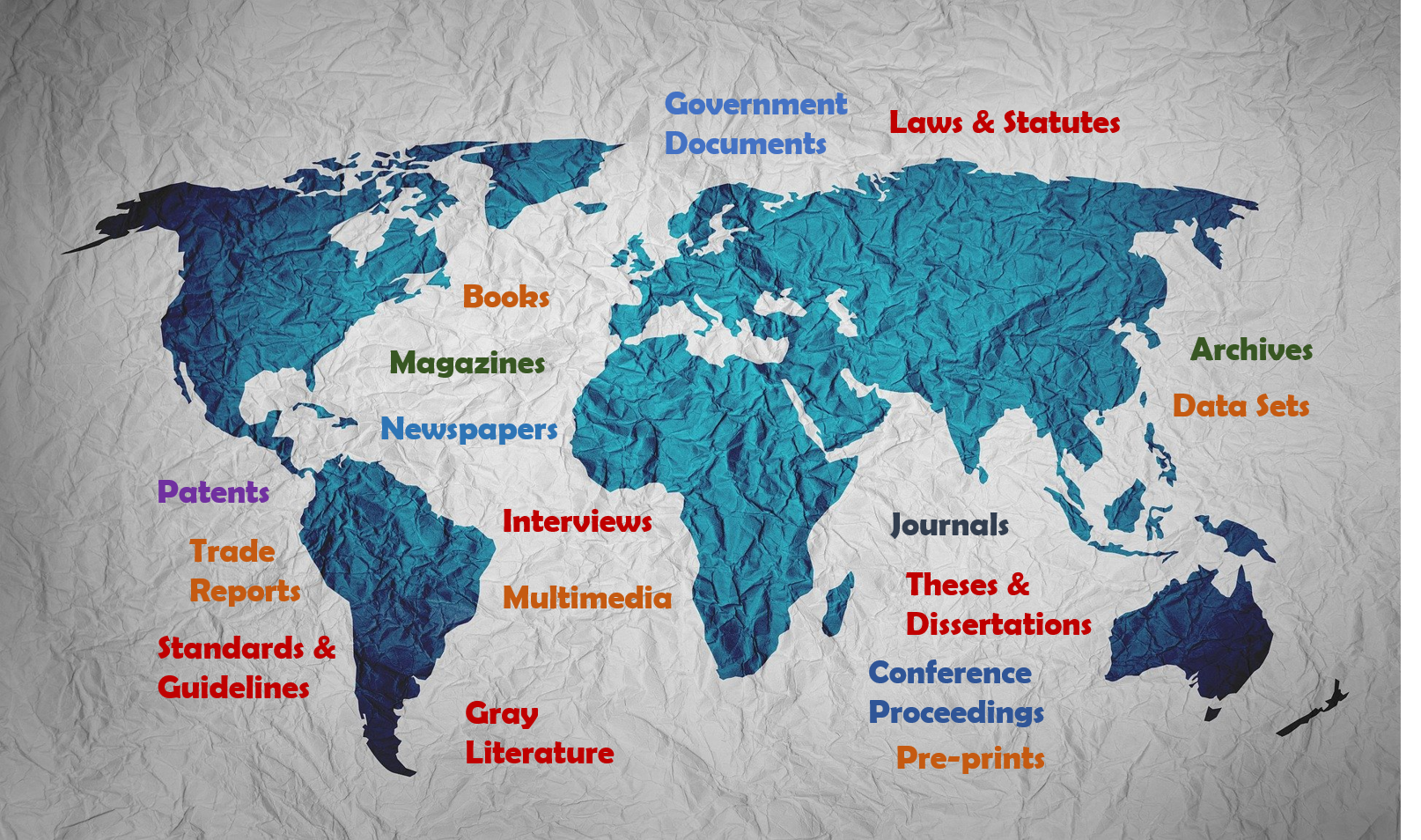 Many first perceive literature to be defined as creative works like fiction or or collections of poetry.  In scholarly and professional terms, literature is also defined as works available or published about a particular concept.  It is like a world of many types of publications and information!  The literature is commonly found in an index and database search, and used as references cited in a research publication.  See below for examples and explanations.

Professional literature falls under 3 categories, primary, secondary, and tertiary.  Within those categories are various types of publications.  See the table for their definitions, attributes and examples: 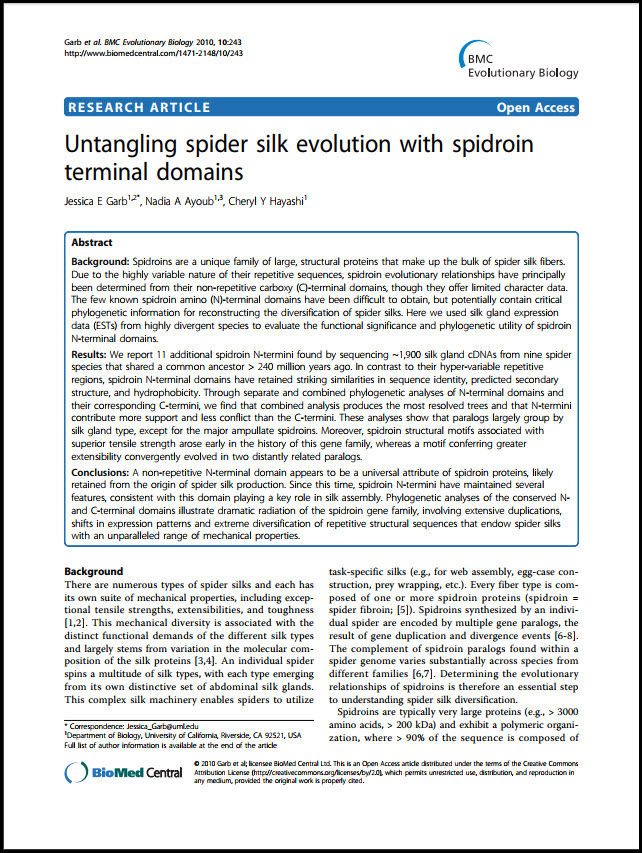 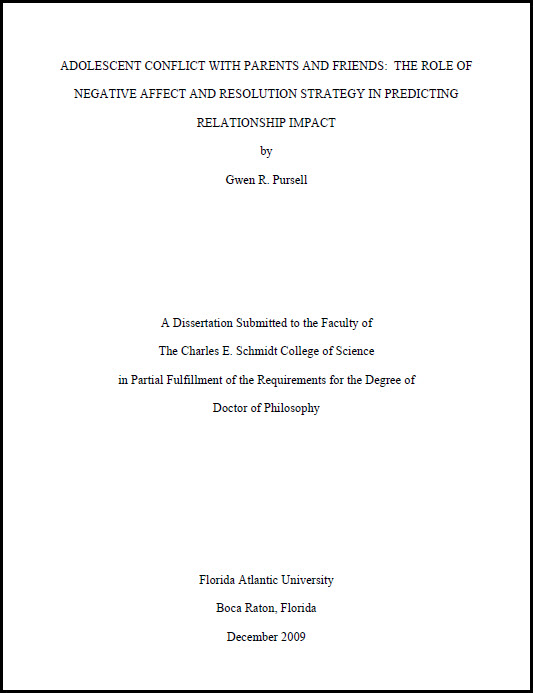 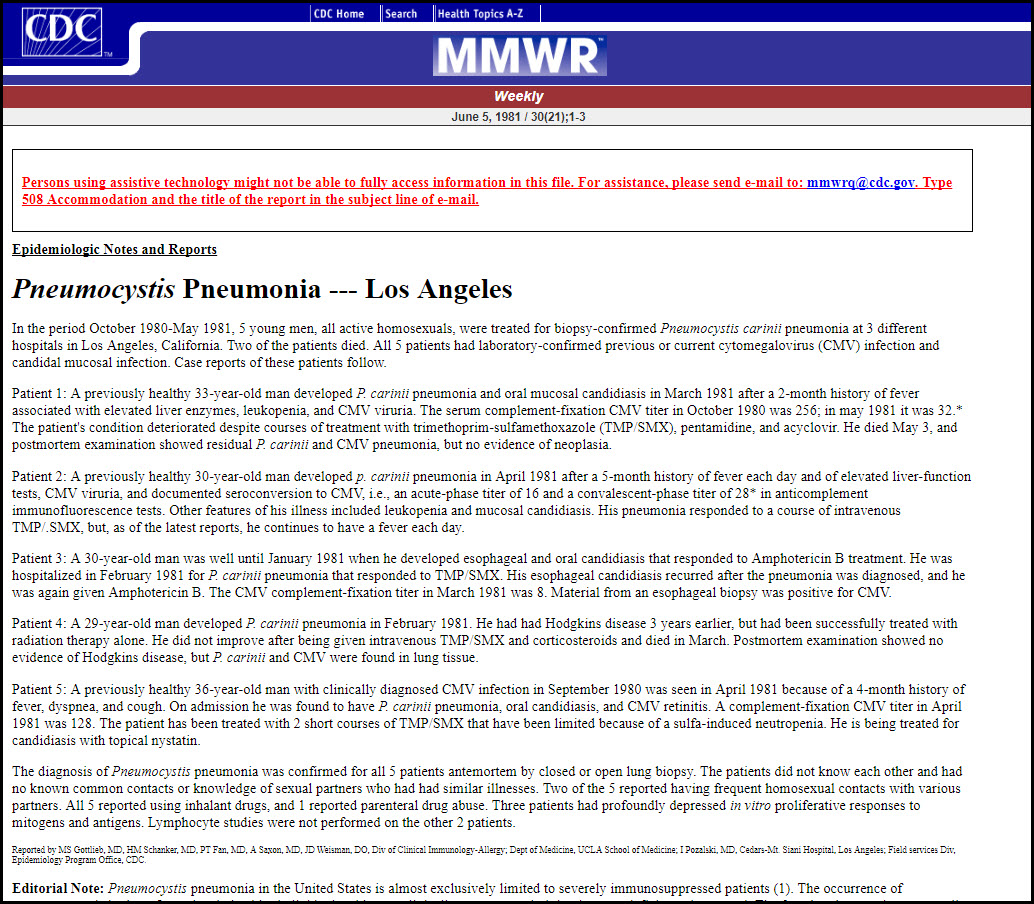 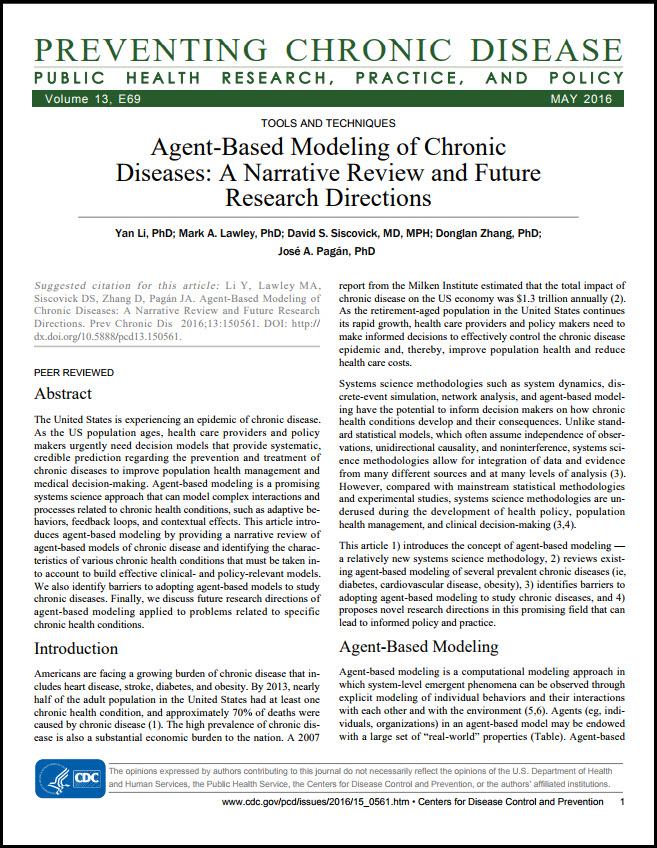 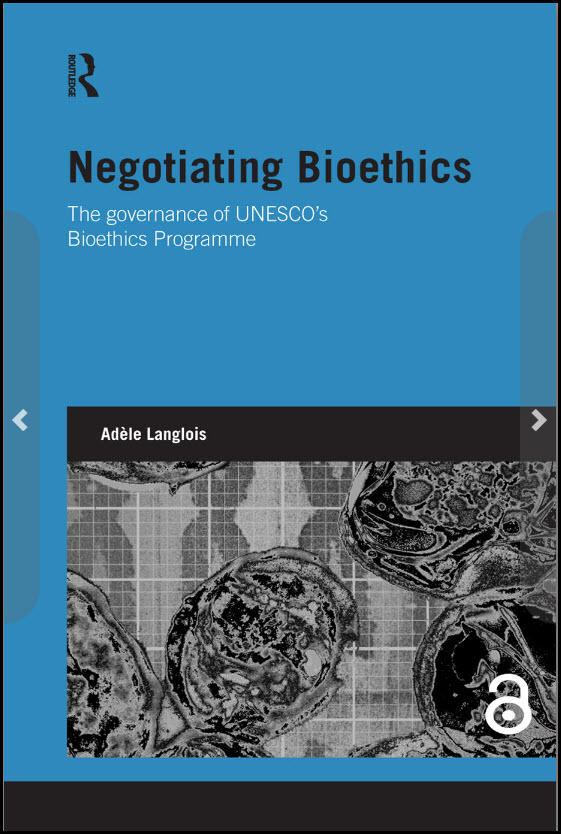 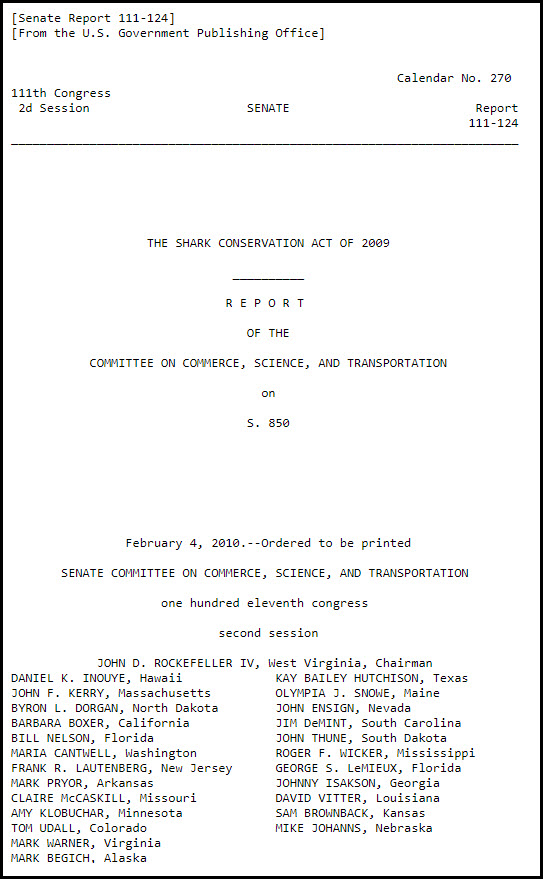 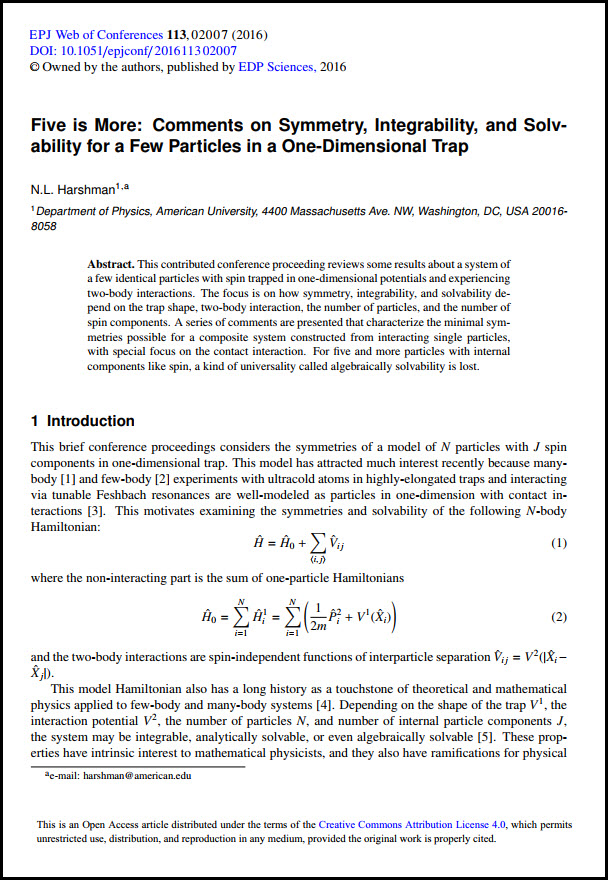 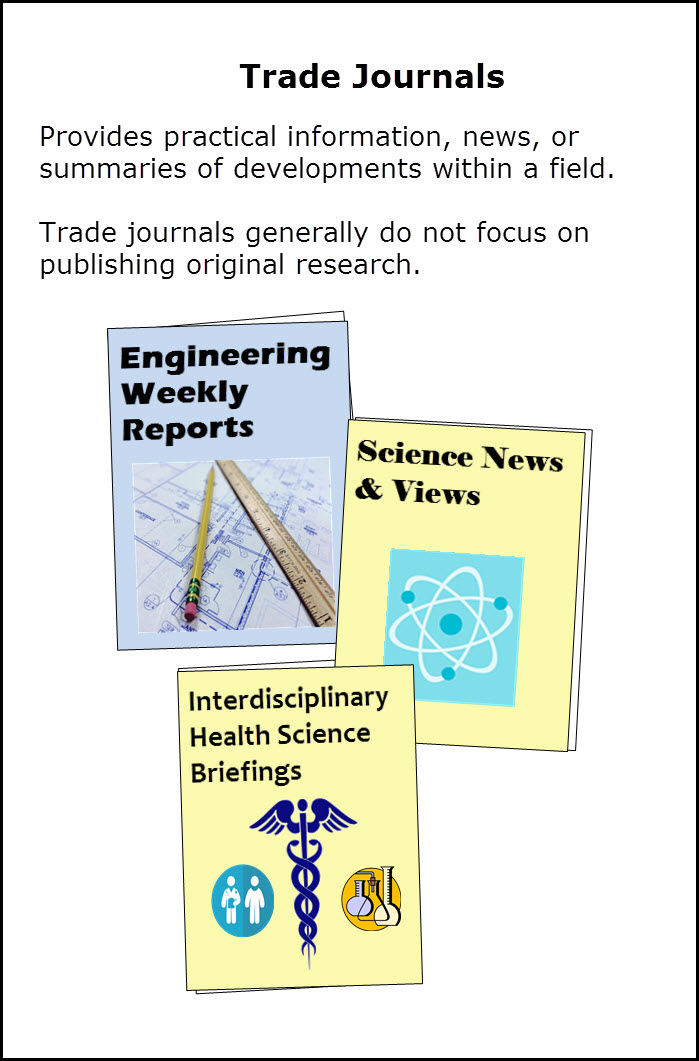 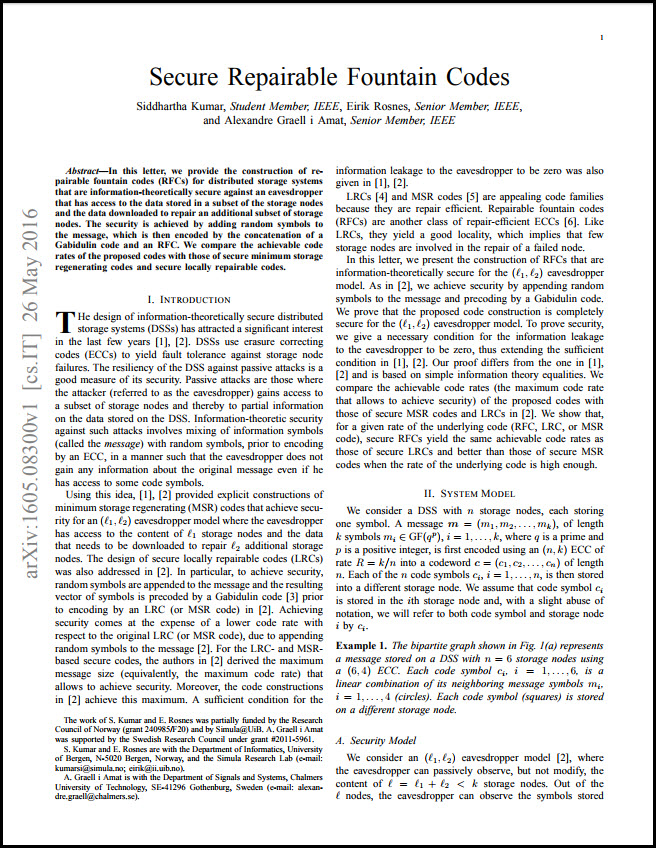 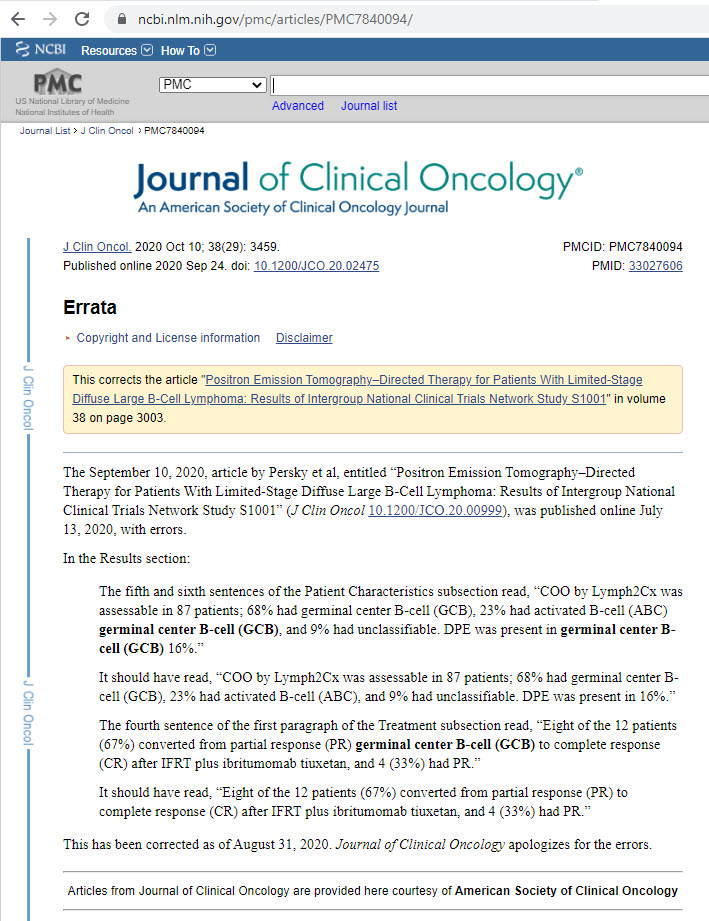 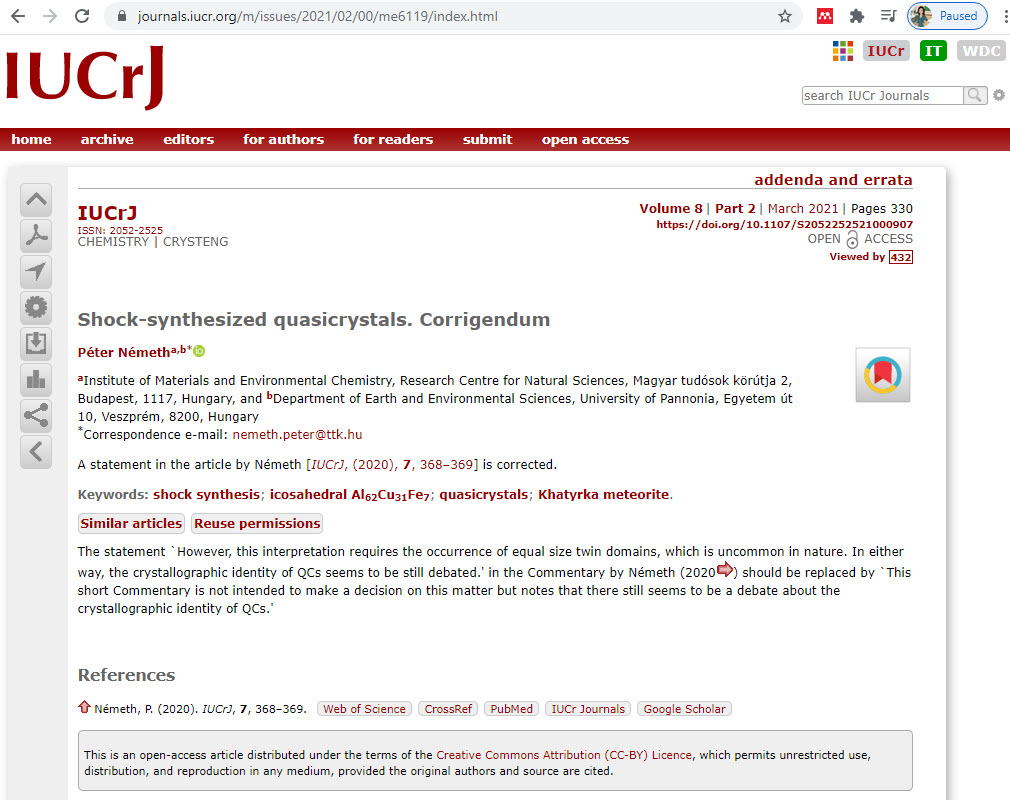 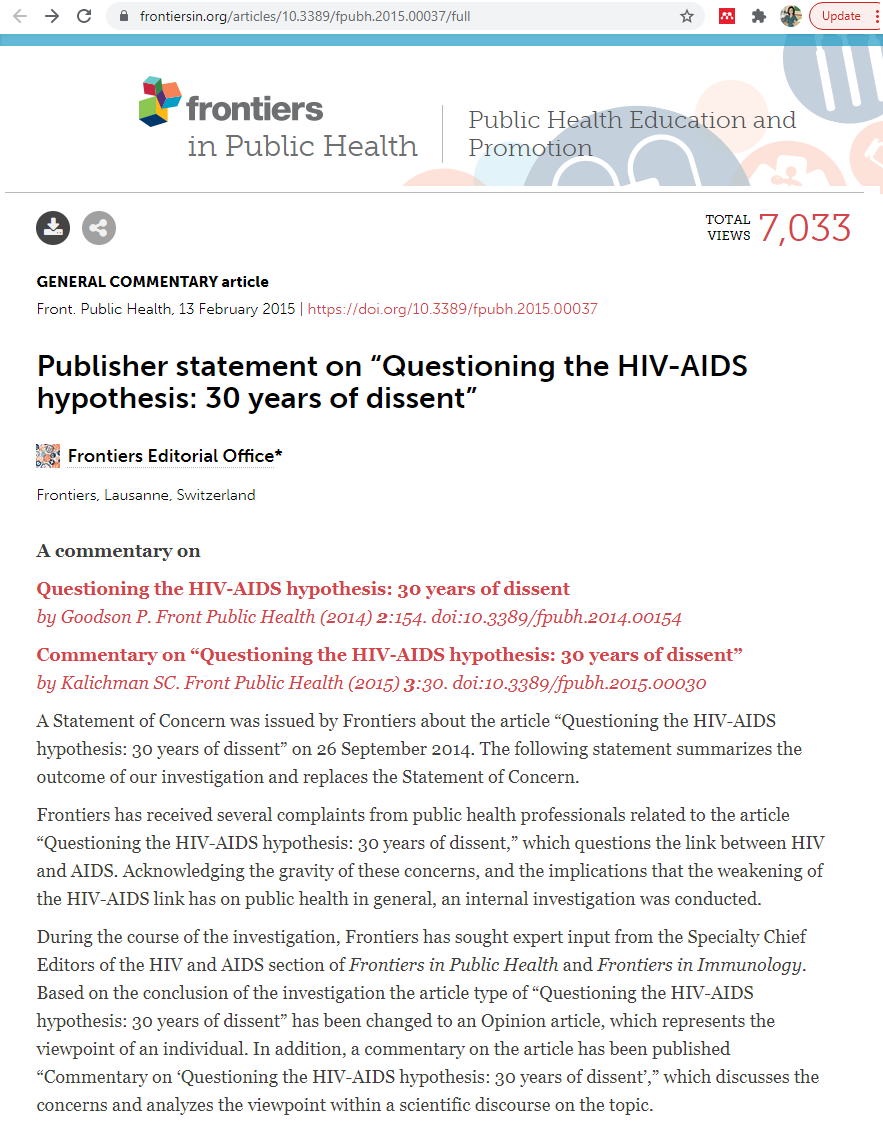 Give Us Your feedback!