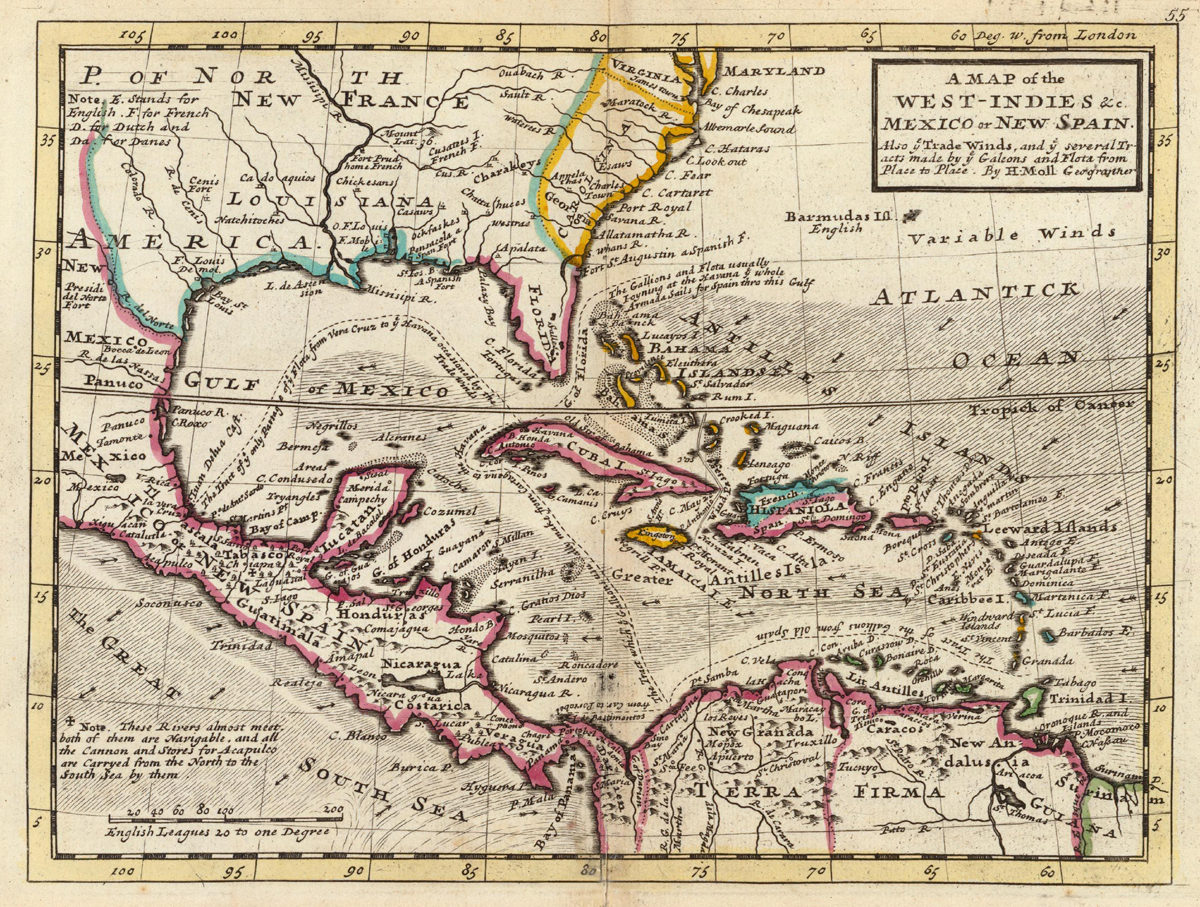 A 1736 colonial map by Herman Moll of the West Indies and Mexico, together comprising "New Spain", with Cuba visible in the center.

The history of Cuba is characterized by dependence on outside powers—Spain, the US, and the USSR. The island of Cuba was inhabited by various Amerindian cultures prior to the arrival of the Genoese explorer Christopher Columbus in 1492. After his arrival on a Spanish expedition, Spain conquered Cuba and appointed Spanish governors to rule in Havana. The administrators in Cuba were subject to the Viceroy of New Spain and the local authorities in Hispaniola. In 1762–63, Havana was briefly occupied by Britain, before being returned to Spain in exchange for Florida. A series of rebellions between 1868 and 1898, led by Dominican General Máximo Gómez, failed to end Spanish rule and claimed the lives of hundreds of thousands of Cubans. However, the Spanish–American War resulted in a Spanish withdrawal from the island in 1898, and following three-and-a-half years of subsequent US military rule, Cuba gained formal independence in 1902. In the years following its independence, the Cuban republic saw significant economic development, but also political corruption and a succession of despotic leaders, culminating in the overthrow of the dictator Fulgencio Batista by the 26th of July Movement, led by Fidel Castro, during the 1953–1959 Cuban Revolution. The new government aligned with the Soviet Union and embraced Communism.

The purpose of this guide is to provide you, the researcher, with the ability to do research on the subject of Cuban History. You will have the ability to search the library catalog and access our databases and journals all from within this course guide. This guide also provides you with a list of Primary Source Websites and Collections on Cuban History, along with important information regarding library services and departments that may prove useful to you while doing research.