A page of all things Florida

Paleoindians settle on the Florida peninsula during the Ice-age.

1513 - Spanish explorer Juan Ponce de Leon lands on Florida's East coast - possibly near present-day Melbourne - and named it La Florida because it was during the Feast of Easter.  1539 - Hernando de Soto leads an expedition to explore the Gulf coast region that lasts until 1543.  1564 - Fort Caroline established by the French near the mouth of the St. Johns River.  1565 - St. Augustine established by Spanish and construction begins on Castile de San Marcos. Fort Caroline captured by the Spanish and renamed San Mateo.  Spanish missions are established along the Atlantic and Gulf coasts.

Pensacola becomes an important Spanish settlement on the Gulf coast.  The French, with cooperation of native Floridian tribes, try to weaken Spanish control by attacking settlements and forts.  Trade  and interaction between the French and native tribes is common, while the Spanish will not engage in local trade at all.

1756 - The Seven Years War -- also called the French and Indian War -- begins..  Spain allies itself with France and Native American tribes.  1763 - The Treaty of Paris ends the war and Spain trades la Florida to the British in exchange for the captured Havana, Cuba.  Britain also gains additional territories from France which include Canada and land adjoining Florida stretching west to the Mississippi River, while Spain claimed all French possessions west of the Mississippi.  New Orleans remains a French possession.  The British divide their new acquisition into the territories of East and West Florida with the capitals being St. Augustine and Pensacola, respectively.  1784 - Spain regains East and West Florida thanks to the Treaty of Versailles.  1795 -  Pinckney's Treaty gives the young United States of America control of all lands north of 31 degrees N to the Great Lakes and from the Appalachians to the Mississippi River. 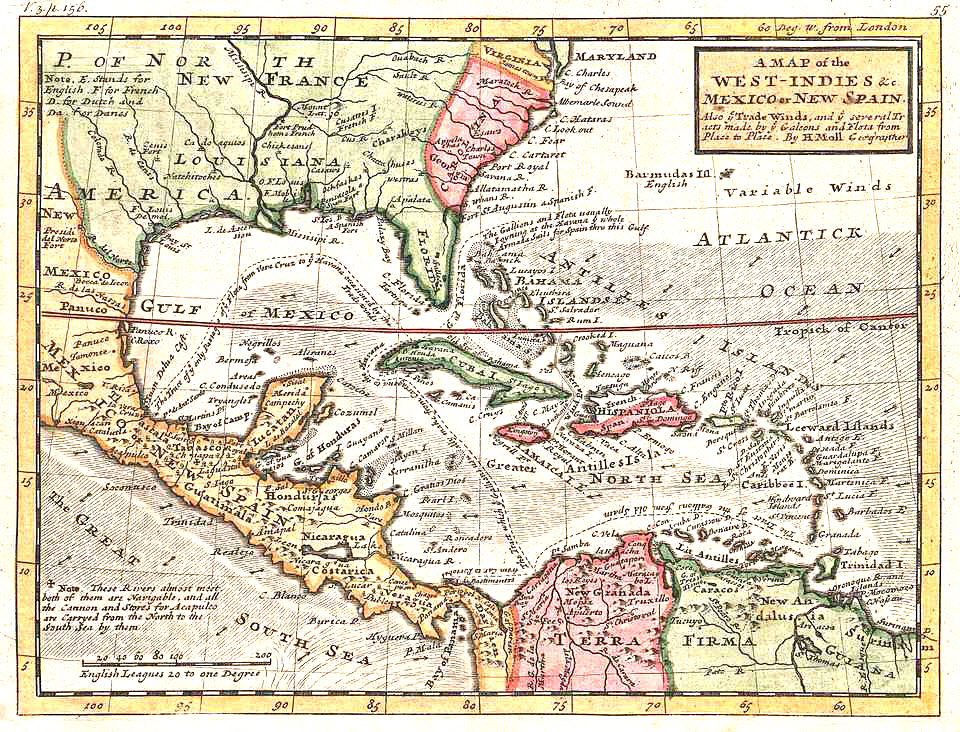 The mission of the Florida Memory Program is to provide free online access to select archival resources from the collections of the State Library and Archives of Florida. 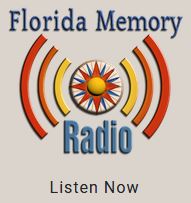 Tune in to Florida Memory Radio 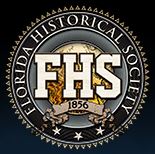 Established in 1856, the Florida Historical Society is dedicated to preserving Florida's past through the collection and archival maintenance of historical documents and photographs, the publication of scholarly research on Florida history, and educating the public about Florida history through a variety of public history projects and programs.

Opened in 1977, the Museum of Florida History collects, preserves, exhibits, and interprets evidence of past and present cultures in Florida, and promotes knowledge and appreciation of this heritage.

(a comprehensive list compiled by the University of Florida Libraries)

1803 - The United States of America negotiates the Louisiana Purchase with France and also claims the deal includes the area making up West Florida.  1810 - The territory breaks away and briefly declares itself the Republic of West Florida. 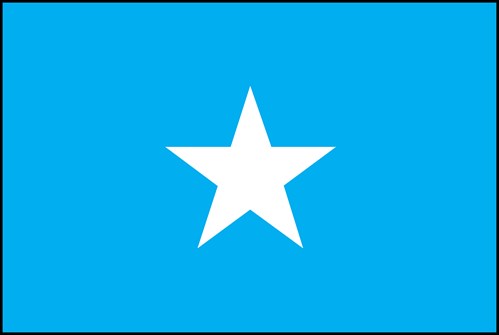 Flag of the Republic of West Florida (source: Florida Dept. of State)

The United States continues annexation of lands and much of West Florida was is controlled within 2 years.  1817 - First Seminole War begins, caused by Andrew Jackson's raids from Georgia.  1821 - East Florida finally becomes part of the United States of America, after over 3 centuries of Spanish rule.  1835 - Second Seminole War begins as Seminole tribes are forced onto reservations by the U.S. government and now-President Andrew Jackson.  They rebel against poor living conditions, continued encroachment by white settlers and forced removal to Oklahoma as part of Jackson's Indian removal campaign that becomes known as the "Trail of Tears".  1845 - On March 4, Florida becomes the 27th state admitted to the Union.  1855 - Third Seminole War is triggered when a group of U.S. soldiers raid a Seminole reservation settlement and several are killed by warriors defending it.  1861 - After Abraham Lincoln was elected in the 1860 Presidential election, Florida secedes from the Union and joins the Confederate States of America.  Civil war breaks out in April.. 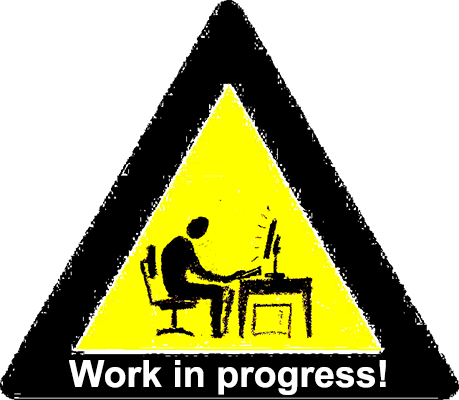 (history in the making)