A library resources guide for Fall 2016

Plagiarism is "the unauthorized use or close imitation of the language and thoughts of another author and the representation of them as one's own original work" (from Random House Unabridged Dictionary, 2nd. Ed. (1993). 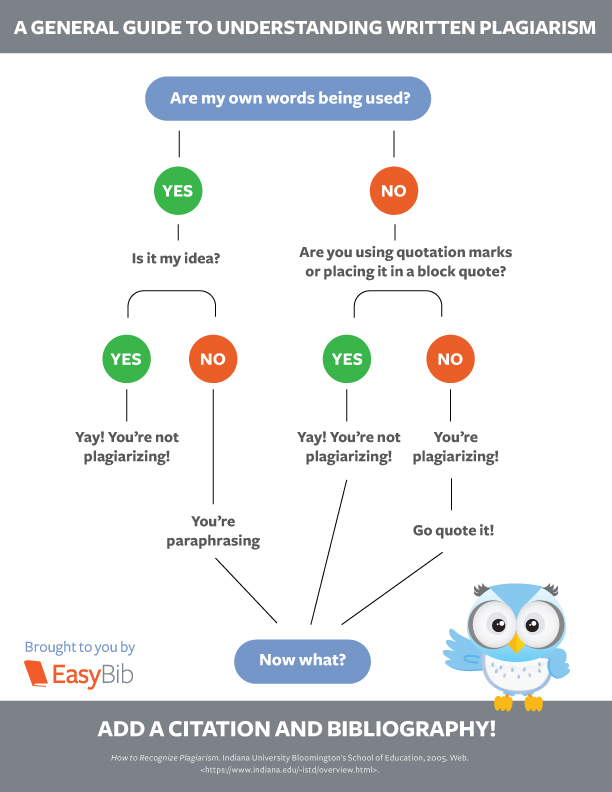 Some examples of plagiarism include, but are not limited to:

FAU outlines how it handles plagiarism in its Honor Code for students, and each FAU academic unit expands on it. Students accused of plagiarism may get a bad grade, receive a failing grade for a course, or face suspension or expulsion.

The best way to avoid plagiarism is to properly cite all sources of information! Cite where your information was found within the body of your paper and in the works cited page.

"There is a strong market demand for eco-tourism in Australia. Its rich and diverse natural heritage ensures Australia's capacity to attract international ecotourists and gives Australia a comparative advantage in the highly competitive tourism industry."

There is a high market demand for eco-tourism in Australia. Australia has acomparative advantage in the highly competitive tourism industry due to its rich and varied natural heritage which ensures Australia's capacity to attract international ecotourists.

Why is this plagiarism?

One or two words have been changed but this copies the same basic wording and structure of the original text. By not citing the original source of the text, the student is suggesting that the words and ideas are his/her own.

"Dramatic changes in the non-Aboriginal community's appreciation of the importance of women as social and ceremonial agents in Aboriginal society had translated into pressure of demand in the art world for Papunya women's paintings."

Johnson (1994) explains that dramatic changes in the non-Aboriginal community's appreciation of the importance of women as social and ceremonial agents in Aboriginal society had translated into pressure of demand in the art world for Papunya women's paintings.

Why is this plagiarism?

Although the author has been cited, the student presents the exact words as if he or she had written them. This 'direct quote' should be enclosed in quotation marks ("...").

Here are two examples of  correct referencing,  not plagiarism.

" More and more occasions require negotiation; conflict is a growth industry. Everyone wants to participate in decisions that affect them; fewer and fewer people will accept decisions dictated by someone else."

Correctly used in an essay

Fisher & Ury (1991) believe that because people want to be involved in the decision making process, rather than be given instructions, negotiation is an essential skill.

Why is this not plagiarism?

The authors are named at the beginning of the sentence, so it is clear this is not the writers original idea even though the writer has expressed the original text in his/her own words ('paraphrasing').

"For a cinema whose heroic male leads had been figures like Bryan Brown, Jack Thompson, and Paul Hogan, the films of the early 1990s represented a radical shift in its image of Australian masculinity".

Correctly used in an essay

Butters (2001) discusses a move away from the traditional movie heroes, and suggests that more recent films "represented a radical shift in its image of Australian masculinity".

Why is this not plagiarism?

Again, citing the author at the beginning of the sentence highlights that this is not the student's own opinion. Quotation marks are used around a direct quote.