Beginning with the immigration of his father to the United States, Courage Takes Flight documents Glasser's history from his childhood days in Bedford Stuyvesant to his bombing missions aboard a B-24 Liberator to the world stage of the Miss Universe pageants. Through the unique medium of oral history, Glasser tells his story in his own words and in his own way.

The book is edited by Patricia Kollander, professor of history and department chair at Florida Atlantic University, Boca Raton, Florida. 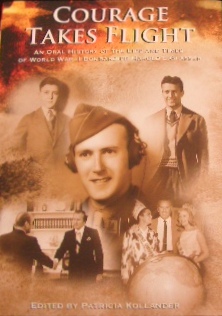